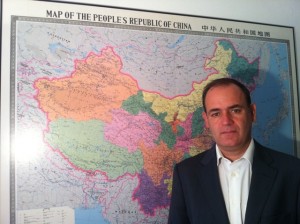 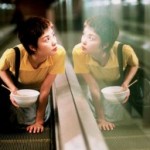 Today I would like to share with you some thoughts about a book: Growing Up in The People’s Republic. Conversations Between Two Daughters of China’s Revolution (Ye Weili with Ma Xiadong, 2005, Palgrave).

I do not want to elaborate on this book because it is especially new (it was published in 2005) or especially famous. I want to centre my comment upon this book because it is an excellent book, which allows us to see history from a different perspective; which sheds light upon the very process of history writing, and also upon some of the most controversial periods of recent Chinese history: the Great Leap Forward, the Cultural Revolution and the Cultural Fever of the 1980s.
Reading the book is like sitting together with Ye Weili and Ma Xiaodong, and listen to their autobiographical narrations and their dialogue. These two women who sat together in Boston shared their stories, experiences and worries from their early childhood to the time they left China for the USA in front of a tape recorder. When Ye Weili asked Ma Xiaodong to partake with her in a project of oral history, they were both aware of the fact that they shared many socio-structural characteristics. They had both been born in Beijing around 1950, they had both lived through the Great Leap Forward in the city, they both became Red Guards in their early youth, and they were both sent to the countryside, and allowed to return to Beijing 1973 in order to study. And finally they both left China in the 1980s to travel to the USA to continue with their studies. However, as the conversations evolve in the book, which indeed keeps and underlines the conversational character of oral history, the reader realizes in the most natural way how the same historical and social facts can be lived and experienced differently by people who are in a very similar position and situation. None of the periods we have mentioned were lived by Ye and Ma in the same way. Sometimes their experiences are even contradictory with each other. And this is the greatest value of the book: it adds perspective, it adds a further dimension to the socio-historical accounts we are used to read. Ye and Ma’s experiences talk of moments of freedom within the misery of control, of how it is possible, in the moments in which freedom of ideas was not even thinkable, they, led by circumstances which aimed at exactly the contrary, learned to think and to question; and this (which was in fact only experienced by one of the two women) is not banalised, glorified or mentioned in order to question the harshness of the regime and of the Cultural Revolution. To the contrary, the book helps us to read in between the lines of history, to learn about the enormous complexity of each ‘historical fact’, of each historical narration, without suspending them, without questioning their validity, these historical narrations become much more complex, and we learn the great variety of individual experiences they could embrace.
Ye Weili’s Growing Up in The People’s Republic is an excellent book of oral history, and a great contribution towards understanding the Beijing of the second half of the twentieth century (from 1950 to the 1980s to be more precise); an example of the unexpected and unwanted results of actions, a paradigmatic example of why in the social sciences we should be eager to keep the best record possible of oral narrations of personal history before the generations that lived through the studied events disappear and we are only left with a smooth and necessarily biased record of what it meant to be a Beijing girl in those years. As old as the People’s Republic, Ma and Ye are witnesses as well as main characters in the still evolving history of this country.